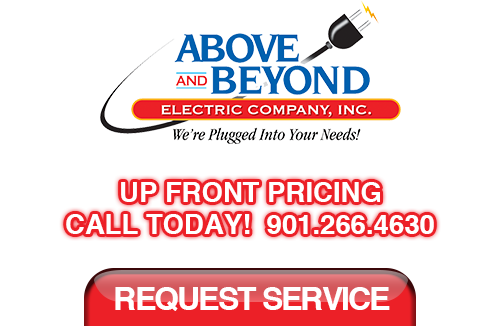 Save Money With Ceiling Fans 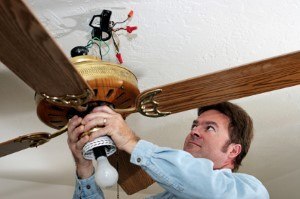 A common misunderstanding among Memphis homeowners is that ceiling fans actually reduce the temperature in a room and allow lower air conditioning settings as a way to save on electricity costs. In reality, in the summer a ceiling fan with blades rotating counter-clockwise creates what is called a “wind-chill” effect by evaporating moisture on our skin. On a hot and humid summer day, this “wind chill” effect can make the room feel at least seven degrees cooler so that you can avoid running the air conditioning even when the actual room temperature is in the mid-eighties.

In the winter months the room can actually be made warmer by rotating the ceiling fan blades clockwise and forcing warm air from the ceiling down into the living area. This warmer air allows you to adjust your thermostat so that the heating system runs less, saving money on heating costs.

There’s even better news. Most traditional ceiling fans (with a light) uses around three to four hundred kWh per year which translates into about twenty to twenty-five dollars a year. Using ENERGY STAR rated ceiling fans will reduce that electrical energy consumption to around one hundred twenty kWh per year, which translates to about ten dollars. Keep in mind that you do not sacrifice any operating efficiency with ENERGY STAR rated models. The majority of the savings in using an ENERGY STAR rated fan comes from more efficient lighting, which will save up to eighty percent in lighting costs, and provides longer life bulbs.

The bottom line is that well placed ceiling fans can cut as much as fifteen percent or more off of your energy costs.

Ceiling fans are in vogue and in addition to saving energy costs, provide a very nice decorating touch to any room. Most fans operate at more than one speed so that you can adjust the cooling/heating level that best suits you. Unlike central air conditioners and central heating units, ceiling fans require very little maintenance and don’t involve changing filters, etc. Periodically wiping off the fan blades is just about all that needs to be done and if a ceiling fans begins wobbling or making cyclic noises, a few simple steps is all that it takes to get the fan running the way it should. Ceiling fans run efficiently and have a long life. Replacing one is far less costly than having your air conditioning or heating system serviced or replaced.

Ceiling fans are available in a wide variety of styles. Some include light fixtures and some can be operated remotely. Ceiling fan costs vary depending on the materials used and the style and features of the fan.

In addition to the cost-savings provided by installing ceiling fans, there are a few other factors to consider. Blade sizes on ceiling fans vary to accommodate the differences in room sizes in your home. Bedrooms generally require smaller blades and thirty-six inch blades will usually provide just the right amount of air circulation for a standard-size bedroom.

Family rooms or other larger living areas usually require longer blades and generally forty-eight to fifty-six inch blades will do the job in these areas. If a room is longer than twenty feet, you should consider installing two fans.

A typical room should have the ceiling fan installed in the center of the room to provide a balanced look. Today’s market includes a wide variety of specialized designs to fit the function and décor of just about any room. Fans for children’s rooms come in styles featuring baseball themes, soccer ball themes, coca-cola logos, etc. Fans designed for use in a nursery include such decorating themes as nursery rhymes or storybook characters.

If you have a sunroom or other room done in a tropical motif, leaf-shaped blades and wicker blade fans are available. Ceiling fans are also available in styles that match period motifs such as Victorian, early American or even primitive (log cabin) styles.

Outdoor-rated ceiling fans are also available for areas that will be exposed to the elements such as a gazebo or porch. Be sure to read the fan specifications to insure that it is rated for outdoor use and will be suitable for the area where you want it installed.

Since ceiling fans are designed to cool people, they don’t need to run when a room isn’t occupied so turn them off when the room will be vacant for a period of time.

Make sure to balance your thermostat settings to provide the best level of comfort when using ceiling fans. This will involve some trial and error.

Make sure the ceiling fan is hung about seven to nine feet above the floor.

Remember to reverse the blade direction when the seasons change.

If you are looking for a professional ceiling fan electrician in Memphis, please call us today at 901-266-4630 or complete our online request form.

Fill out my online form.

The service from Above & Beyond has been so outstanding that I use them for both my personal and business needs. They truly live up to their name! Thanks.
- Brown
Read More

We have been residential customers for several years and have been proud to watch a company grow in the right way. They have built...
- Gail & Ray G.
Read More